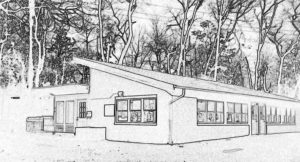 Our congregation is a combination of three synagogues which have merged. The first is the United Brotherhood Congregation, established in 1891 in Paterson, New Jersey. The “Brotherhood” was the central orthodox synagogue of Paterson. Even today, it is still quite renowned.

The second is Congregation Linath Hatzedek which was established in the early 1940’s. Many years later, as the neighborhood changed, the members voted to merge with the United Brotherhood.